The body neutrality movement: a middle between two extremes? 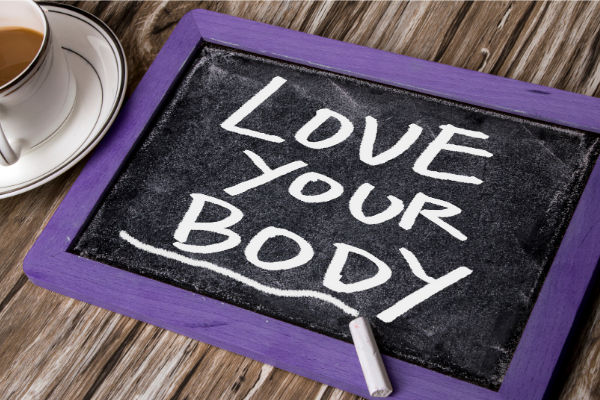 The body positivity movement has gained a lot of traction in recent years. Body positivity involved feeling good about yourself regardless of appearance and celebrating your unique traits, whether those were your weight or your freckles.

It originated as an antithesis to the standard “diet” view of the self, where one’s worth was directly tied to one’s appearance and weight, making fat into a moral failure. The body positivity helped many but also gained a lot of detractors, some of which came from within. And, in 2015, a new approach emerged: the body neutrality movement.

What’s this movement all about?

Body neutrality suggests that we should focus on our body’s achievements rather than considering their appearance and size. Its main difference from the body positivity movement, however, is in the fact that neutrality doesn’t promote a culture of self-love. It wants you to feel okay with yourself but not get upset or guilty if you can’t love who you are and how you look right this second.

How can you focus on your body’s achievements? Consider its endurance, speed, strength, the capability of performing manual tasks, and every other aspect that you can use.

What does your body do for you? What can it help you accomplish? This is the focus. You don’t have to love your body, as the body positive movement would suggest. You just have to begin to recognize the use it can have for you.

The body neutrality movement has gained traction because it addresses a perceived problem with the body positivity movement that has appeared in recent years. Now, the positive movement has been around for a while, at least, since the 1960s. Its original focus was on plus-sized people, giving them the chance to reclaim the word fat and also to live their lives without feeling guilty about their bodies.

The criticism against the positive movement

It gained a lot of popularity recently thanks to the advent of social media and has been the target of both criticism and support. The criticism against the positive movement has come from several sides.

Firstly, there have been people who feel that this promotes unhealthy habits and behaviours. But we are more interested in the critiques that have come from people who agreed with the main ideas of the movement but not with its shape. We have those who criticized the focus on self-love, feeling that it put additional pressure on people who were facing societal pressures already.

Then, some thought that the body positivity movement was co-opted by specific groups of people, specifically, those with “acceptable” fat bodies, those with a delicate appearance, those with specific demographic characteristics, and so on. Many felt excluded from a place that should have been, by definition, universal.

This led to the development of the body neutrality movement as an alternative. The movement is still growing and taking shape today, but it has already become quite popular with those who are tired of diet talk and also tired of self-love as a core idea for their bodies.

Body neutrality is harder to sell…

Body positivity has become a bit too commercial, and a bit too “marketing”-related to be taken seriously by many but neutrality is a lot more challenging to sell.

The body neutrality movement is not without its detractors. Many have pointed out that it can be exclusionary towards those whose bodies are failing, for example, those with disabilities affecting their daily life.

However, body neutrality and body positivity are not necessarily at odds with each other. Some people might find it useful to first consider their body’s achievements and then move on to the point of self-love. Others might find that self-love doesn’t really serve their goals or fit their view of themselves.

How can you apply the body neutrality movement in your life?

Consider how you could focus more on your body’s achievements than their appearance. This perspective is novel for most people, as society conditions us (women, especially) to treat our bodies as something that needs to be looked at. It’s an object of either admiration or disdain.

The body neutrality movement suggests a view of the body as something that we have, and we use. The focus is on what we can do with it and how it can serve us.

Another idea is to challenge one’s perception of different parts of the body. For example, many women negatively look at body hair, as it’s considered unappealing. If we begin to evaluate its function, what would that be? Could we change the way we view different aspects of our physical selves to be more adaptive? The body neutrality movement could help a lot.

So, what do you think? Is it maybe time to rethink how you relate to your body? Share your comments below!