the fairy tale of the sad sadness 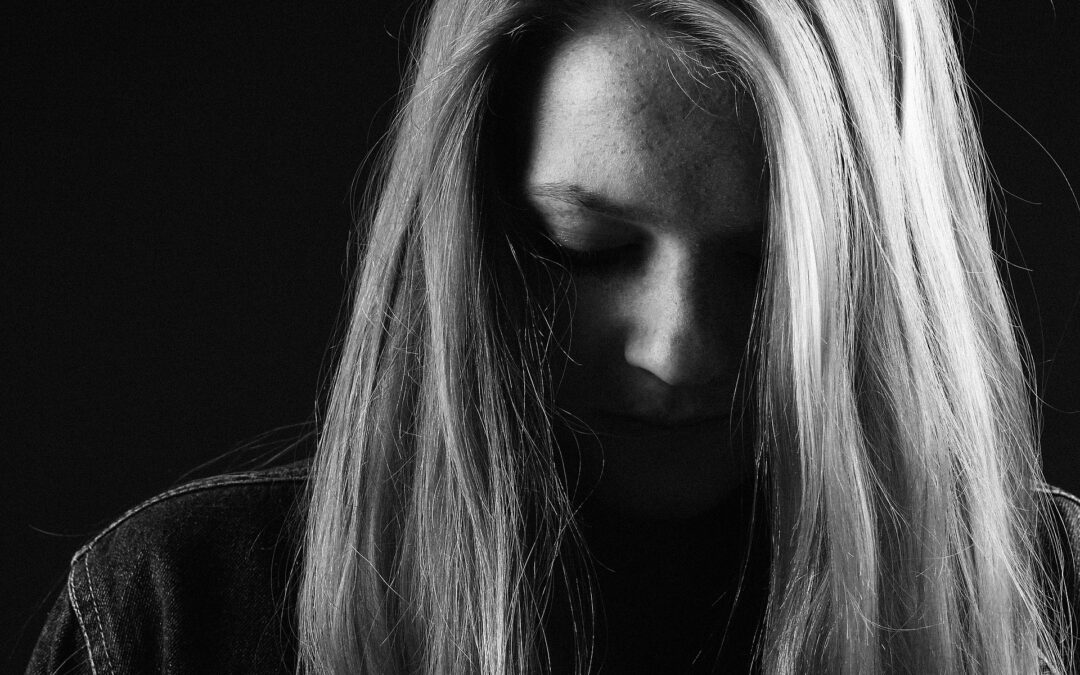 The fairy tale of the sad sadness written by the German Gestalt therapist Inge Wuthe is a story that encourages us to reflect on how we deal with emotions such as sadness. While we often run after positive feelings, try to be happier and more satisfied, we find it most difficult to bear negative emotions and to accept them. However, negative feelings are as much a fact of life as positive feelings. A more careful and mindful handling of ourselves and our (positive and negative) emotions will also help prevent the development of mental disorders such as depression.

Once there was a small woman walking along a dusty sidewalk. She probably was already quite old, but she was light-footed and her smile had the fresh brilliance like that of a reckless young girl. She stopped at a huddled figure and looked down. She could not recognise much.

The being which sat there in the dust, seemed almost without a body. It reminded her of a flannel blanket with the outlines of a human. The small woman bent down a little and asked: “Who are you?”

Two almost lifeless eyes tiredly looked up: “Me? I am the Sadness” whispered a low and stagnant voice so that it almost could not be heard.

“Oh, the Sadness!” the small woman shouted with a happy voice as if she was welcoming an old friend.

“You know me?” the Sadness asked suspiciously.

“Of course I know you! Often you have accompanied me along the way.”

“Yes, but … why don’t you run away from me? Aren’t you afraid of me?” Sadness said suspiciously.

“Why should I run away from you, dear? You know very well that you can catch anyone. But I wanted to ask you: Why do you look so discouraged?”

“I …. am sad,” the grey figure answered in a fragile voice.

The old woman sat down beside her. “So you are sad…” she said and nodded understandingly.” Go on, tell me what depresses you.”

The Sadness sighed deeply: Could it be that this time someone really wanted to listen to her? How often she had wished for that. “Oh. You know …” she hesitantly started, amazed, “it is just that nobody likes me. It is my destiny to go among people and remain with them for a certain time. But when I come to them they are scared. They are afraid of me and avoid me like the plague.”

The Sadness swallowed, “They have invented sentences with which they want to banish me. They say: Rubbish, life is fun. And their fake laughter leads to cramps in their stomachs and makes them short of breath. They say: Praised be that which makes us tough. And then they get a pain in their heart. They say: You have to pull yourself together. And they feel a cramp in their shoulders and in their backs. They say: Only weaklings cry. And with the build up of tears their heads almost explode. Or they numb themselves with drugs and alcohol so that they do not have to feel me.”

“Oh yes,” the old woman acknowledged, “I have met such people often”.

The Sadness settled down a little bit more into herself. “But I only want to help people. When I am close to them they can find themselves. I help them to build a nest to tend their wounds. Sad people have especially thin skins. Some sorrows get opened up again like badly healed wounds, which hurt a lot.

But only someone who allows Sadness and cries all their bottled up tears can really heal the wounds. But people do not want me to help them. Instead they put on a garish laughter over their scars. Or they arm themselves with thick armor made of bitterness.” The Sadness said nothing; her weeping was first weak, then stronger and finally desperate.

The small old woman encircled the sunken down figure in her comforting arms. How soft and tender she was, while she caressed the quivering bundle. “Just weep, my Sadness.” she whispered lovingly, “Rest a little bit, so that you can gain some strength again. From now on, you should not walk alone anymore. I will accompany you, so that the discouragement does not gain power.”

The Sadness stopped weeping. She sat up and looked astonished at her new companion. “But … but… Who are you?”

“Me?” the small old woman said grinning, and then she said, smiling easily like a little girl, “I am the Hope”.